Chikankari: an Indian art-form brought and revived by Empress Nur Jahan, wife of Emporer Jahangir, now finds its presence not only in India but also all around the globe. Many Indian, as well as International designers, have worked way through this hand embroidery and is now adored by celebrities too.

So, let us look at this beautiful art piece swaying its way worldwide.

1. Judi Dench who is known for her role as M in James Bond was seen wearing Abu Jani Sandeep Khosla‘s chickankari creation at many awards functions.

I] In 2012, at the BAFTA awards red carpet. She wore a delicate off-white chikankari dress,  embellished with sequins. 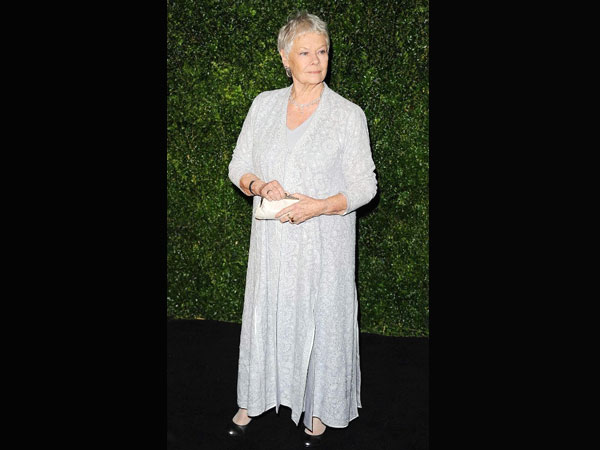 II] A year later in 2013, at the Venice Film Festival, She chose a pristine ivory gown defined by intricate Lucknowi chikan embroidery. The floor-length chikan embroidered gown with chiffon layers on it was worn with a three-quarter overcoat. 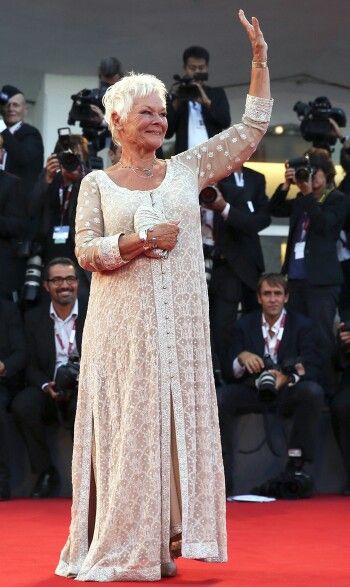 Queen B dazzled in a grand flower immortalized in couture. Lined with a sumptuous touch of vermillion red, her ensemble had lotus motifs blossoming in gold sequins and crystals on skin tone net.

It also included a dramatic coat from the Exotica collection which had Gota, beads, and Resham embroidery in a riot of hues that were richly reminiscent of India. Applique accents completed the coat and both pieces were entirely handcrafted and embroidered.

4. In 2019,Kate Middleton on her visit to Lahore, Pakistan, in white chikankari salwar-kameez.

A bandhgala white chikankari suit all over n embellished buttons at the center with straight fit pants.

She styled it with zari dupatta with pretty embroidery at the border. Stud earrings, mulberry clutch, and  Fianvito Rossi nude heels.

Post-pregnancy, She looked breathtaking in a  colorful heavily embroidered long Anarkali by Abu Jani and Sandeep Khosla. With matching colored eye makeup and a golden clutch, she walked with grace at the red carpet.